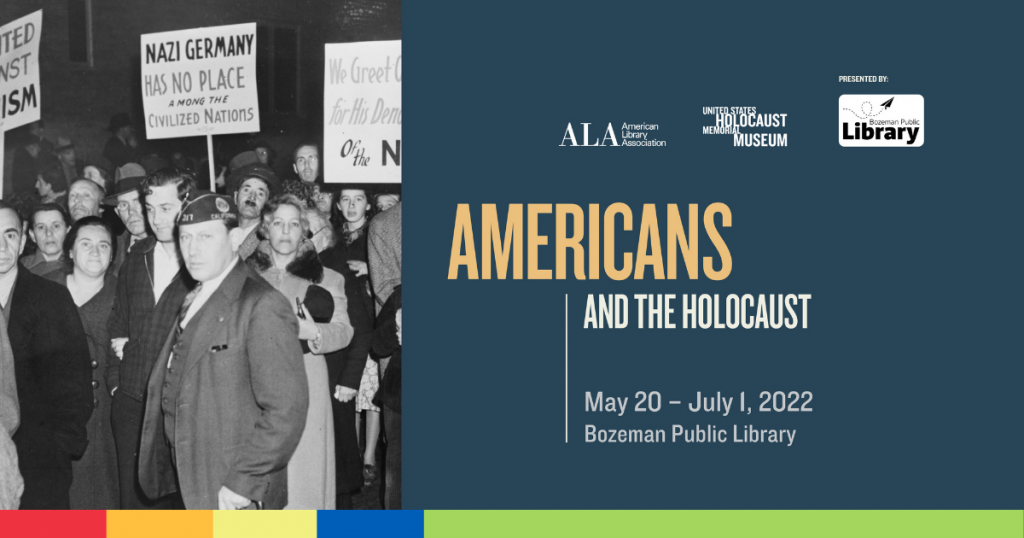 Traveling exhibits from major museums provide an incredible opportunity for smaller communities like ours to feel more connected with—and to learn from—our nation’s history. This month, the Bozeman Public Library hosts a powerful and relevant exhibit for our polarized, volatile times.

From May 20-July 1, you can explore the “Americans and the Holocaust” exhibit, on loan from the United States Holocaust Memorial Museum in Washington, DC. The 1,100-square-foot exhibit tells the stories of individuals, from President Franklin D. Roosevelt to ordinary Americans, who made difficult choices, sought to effect change, and, in a few cases, took significant risks to help victims of Nazism even as rescue never became a government priority.

Did Americans really know little and do nothing about the Nazi persecution and murder of Jews as the Holocaust unfolded? The exhibit explores this commonly-held assumption.

According to the exhibit’s curators, the exhibit also “hopes to challenge people to not only ask, ‘what would I have done?’ but also, ‘what will I do?’” It’s a thought-provoking question in a time when one of Russia’s justifications for invading Ukraine is that the sovereign nation is a rising Nazi threat, and when hate speech, censorship, and book banning are frequent topics in the news.

The exhibit hopes to challenge people to not only ask “what would I have done?” but also, “what will I do?”

The Bozeman Public Library had the honor of being the first library in the nation to receive the traveling exhibit, which initially arrived at the Library in March 2020 as the pandemic took hold in America. After a two-year delay, librarians are looking forward to opening the exhibit on the Library’s second floor, as well as hosting a series of live events that explore the Holocaust and Jewish identity through a regional lens.

You can join the first of those events, entitled “Montana’s Jewish Pioneers: A Lasting Legacy,” on Wednesday, May 25 from 6:30-7:30 pm in the Library’s large community room. Ellen Baumler from Humanities Montana will share stories of the Jewish miners, cattlemen, entrepreneurs, and community leaders across 19th century Montana who laid the foundation for our state’s modern, resurging Jewish congregations. 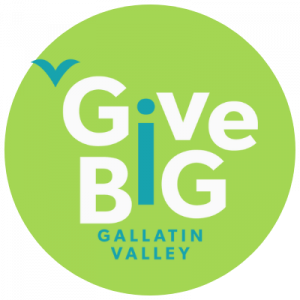 Give Big to bring new spaces to your LIbrary