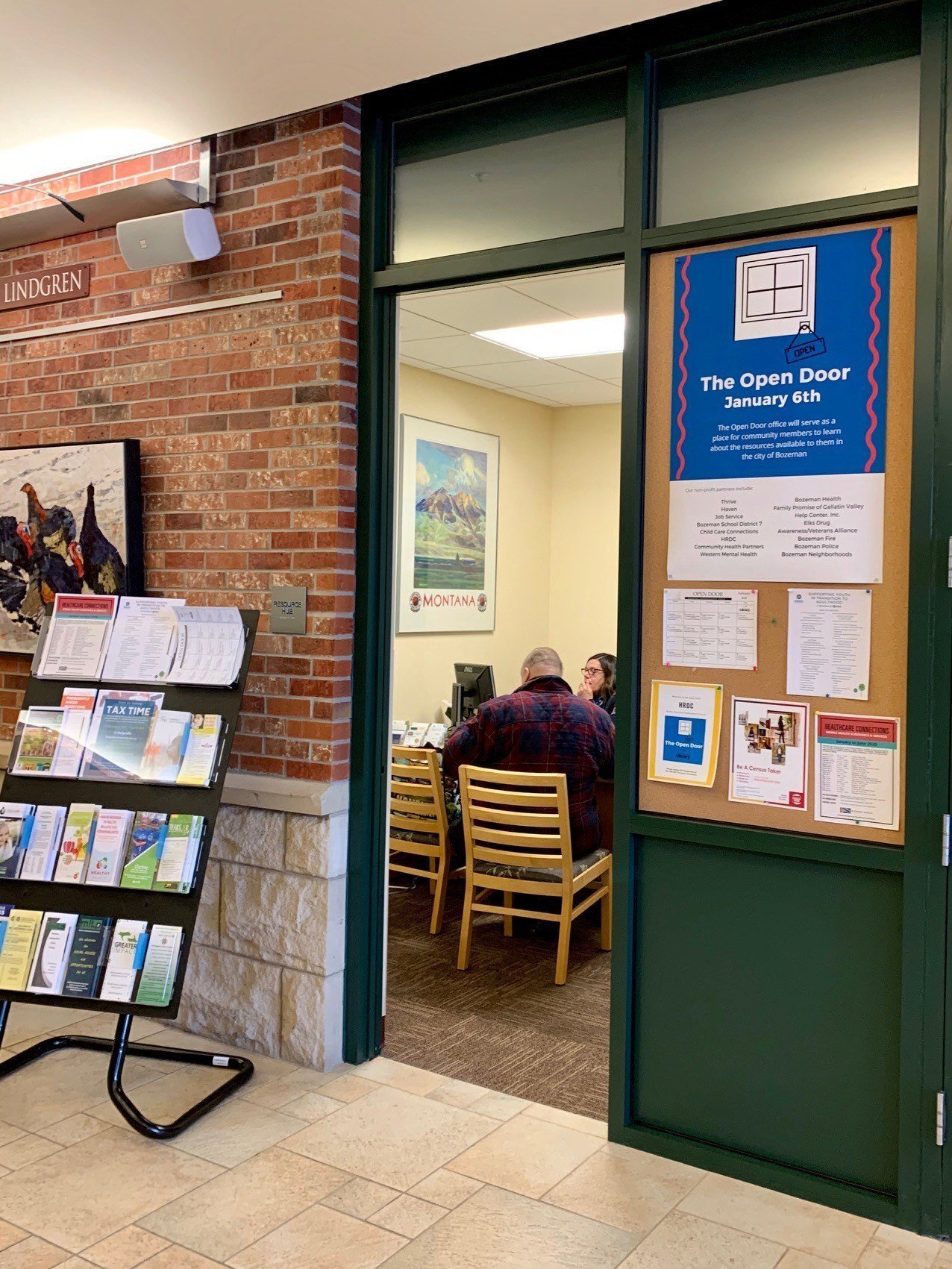 The Open Door officially launched on January 6, 2020 in the Bozeman Public Library’s Atrium. We wanted to share an update on how this small but mighty space is already making a difference.

Since the opening approximately 150 people have visited the office with a wide range of questions including a young man needing a bike who was referred to Bike Kitchen; a woman needing resources for mothers who are not ready to be a mother; a person with a question about preparing a will who was referred to Montana Legal Service; a man who needed help finding transportation to his job; and a woman who knows an 18 year old in an abusive home.

In addition to the positive response from the community, we have received calls from many other service providers wanting to hold office hours in the space. The City/County Health Department, Gallatin County Self-Help Law Center, and Montana Independent Living Project have been added to the February schedule. “We’re completely full, so we’re working on opening some weekend hours,” said Kit Stephenson, Assistant Library Director.

The Library welcomes an average of 1,200 people each day from all walks of life. The goal of the Open Door is to meet people where they are and give them easy access to the resources they need. “We think of it as a one-stop resource portal,” said Stephenson.

The Open Door was funded by private donations to the Library Foundation. The space is staffed by local social service and health agencies, public safety, and community groups to connect people directly to the information and resources they need, such as housing, food security, childcare, and transportation.

For more information about the Open Door visit www.bozemanlibrary.org/opendoor